Trying to Hold Things Together

I seem to be hearing that statement a lot as of late. In case we’ve never met, I, Dion McGill, am black. The aforementioned statement was made to me by a colleague yesterday, following a conference call, and while I have not made the statement myself, it’s been swirling around in my head a lot as of late.

As a black man, born and raised on the Southside of Chicago, I can’t be in the midst of all of the current discussions of race and racism and not begin to recount the many encounters I’ve had on my personal journey.

During the conference call, I recounted how interesting and helpful I’d found the Chicago Beyond event “Unpacking White Privilege: How to be a White Ally and an Anti-Racist.”  If you follow the link, you’ll be able to watch the event in its entirety, as well as access the after action toolkit.

One of the presenters, Christian Picciolini, I met a few months ago at a previous Chicago Beyond event.  I have for years found Christian extremely intriguing.  You may have heard of him, he’s well known for being a white supremacist/skinhead who now helps pull others out of similar extremist groups.

His separation from the white power movement begins for him when he opened a record store, one of the few in the nation who focused on selling white power music, called Chaos Records, which he opened in 1994 in Alsip IL.

Yes, one of the largest sources of white power and white hate music was located directly across the street from my home.  While I didn’t know Christian at the time, I knew of Chaos Records.  My friends who were savvier than me told me to avoid the place.  Amazingly, it was actually a diversity of clientele that changed Christian’s views.  As I have often said, once you know people on a personal level, it’s really hard to dehumanize them, and I applaud all those who were brave enough to give Chaos Records their business, ultimately.  I was 14 years old.  I didn’t know any better, or much about all that.

But even then, I knew that white power & skinhead groups were a huge part of the culture of the area. I can recount having run-ins with guys at school; over talking to a girl, or being told to avoid certain areas, particularly after dark.  Once I learned of Christian, I harbored an amazing amount of animosity. He was the physical embodiment of all that terrorism that me and my friends endured.

I’ve since let that animosity go. When I met Christian, I shook his hand, and we stood as equals.  Some argue that he will never be able to make amends for the harm he has done people, and he himself even said, during an NPR interview, that he was told Dylan Roof had heard some of his white power music (he is formerly a singer/performer of several bands) shortly before committing his horrendous crime.  I reserve judgement.  I introduced myself, mentioned that I was from Alsip, and thanked Christian for the work he does.

I recount that story to say this: In this most pivotal time, it is ok to not be ok.  Expect that these recent events will open old wounds.

This all relates to the mission of Strengthening Chicago’s Youth because racism is a public health issue. Racism and discrimination have real effects not only on the safety, but on the health and well-being of people of color (I prefer black and brown people and will use that henceforth).

There are tons of data points and arguments that can be made to highlight this idea, but for me, the simplest is the discussions of life expectancy gaps that exist here in Chicago.  Chicago has one of the largest disparities. 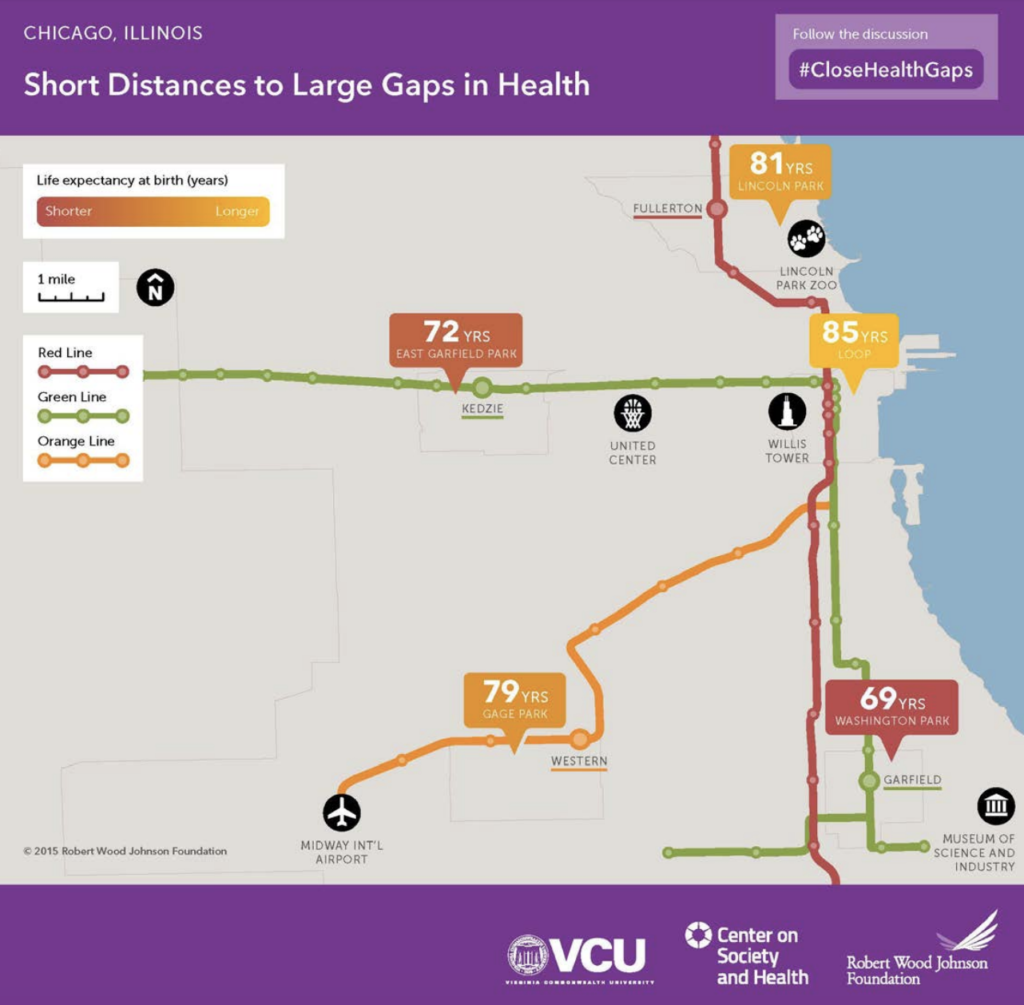 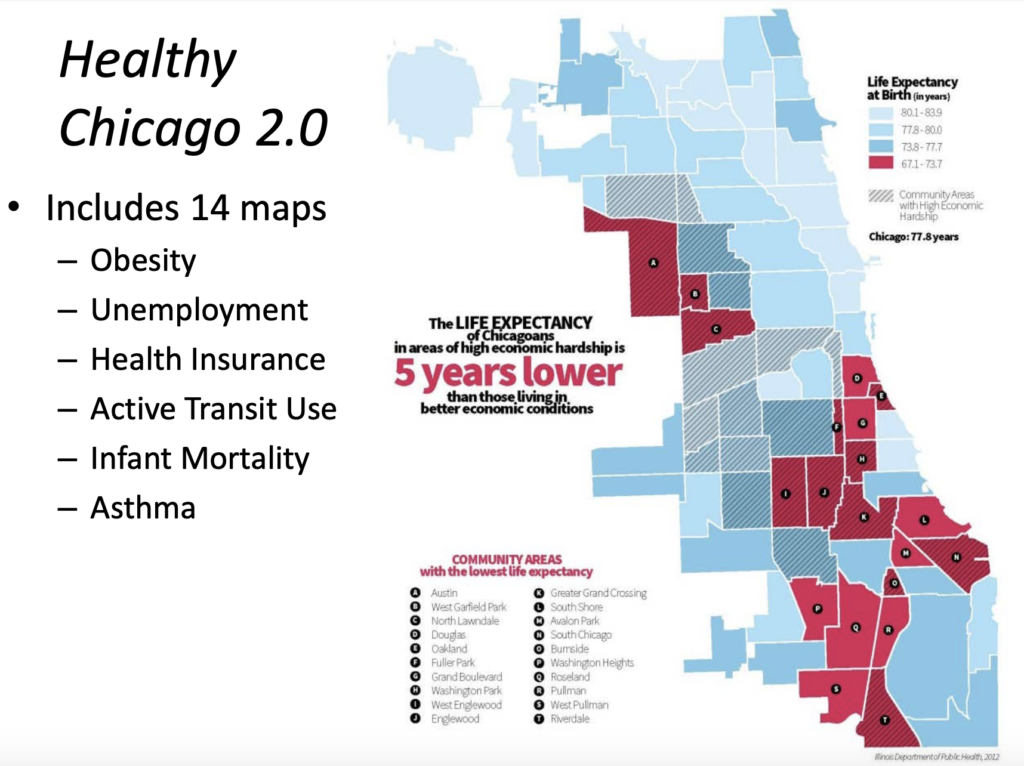 I live one mile from the Museum of Science and Industry, in the Woodlawn community.  This area has one of the lowest life expectancies in the city, and I would argue very questionable community investment.  I can say firsthand, as someone who travels the city frequently, by bike no less, that we don’t get the investment dollars that areas such as downtown and Lincoln Park get.  The disinvestment across Chicago neighborhoods, especially on the south and west sides is a well-known issue.

We also know that there are racial disparities in health care. Racism, whether implicit or explicit, has real consequences.  That is why it is so important that we all engage in the many conversations going on about race, and racial disparities, and breaking systemic racism in all ways that we can to offer a better life for everyone.  Racism hurts the racist just as much as the victim my grandmother always told me.

So, as we engage in these difficult conversations, please let us all make sure we are taking care of ourselves and our mental well-being.  This week was really tough for me.  Every time I Facetime with a friend, the conversation starts with “You look exhausted.”  That’s because I haven’t been sleeping. Each day has been a little different, and none of them overall felt positive.  I’m looking forward to continuing to connect with the Chicago community this weekend, and talking about next steps for real change.

Have a great weekend everyone, and take care of yourselves.

One Month Later: The Highland Park Shooting by Akilah Smith

“What Can I Do?”: Actionable Steps You Can Take Today to Prevent Gun Violence

Join the community of violence prevention partners. Sign up to receive our bi-monthly newsletter and/or SCY's policy updates.

Become a violence prevention partner today by supporting the work of SCY.